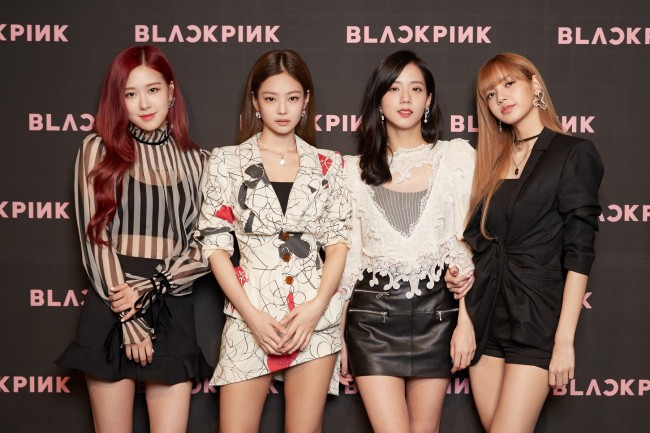 Cute! cool! sexy! What is your favorite idol girls group?

There are many idol groups currently in Korea. Various groups have been active and entertain us, from groups that have been constantly loved for many years to newcomers who are showing strong momentum recently.

This time we will introduce such Korean female idol group with the latest popularity order based on SNS and fan cafe. What is the number of groups you support?

Groups that have disbanded, suspended activities are not included.

The six-person girls group LABOUM who debuted in August 2014. Members are ZN, Uruhi, Hain from the left side of the picture, Yujong from the bottom left column, Solvin, Sooyon. The group name “LABOUM” is French and the word “party” means. There seems to be plenty of abundance to show diverse forms like parties have various forms.

As such group name, LABOUM has shown a stage that will be bright and fun just by watching from the debut. I am still in the third year since my debut this year, so I hope for his future success.

Girls group DIA who made his debut in September 2015. From the left of the picture, members are Hi Hyun, Eunice, Chaeyon, Uncle, Yebin, Jenny, Ungin. The group known as the sister of T – ARA, the group name DIA is the meaning of “diamond” and the meaning of “amazing the world with the abbreviation of” Do It Amazing “.

DIA is beginning to gather popularity little by little, including Chae Young who gained popularity as a member of Project Girls Group I.O. I. I have overcome various difficulties such as withdrawal and joining of members during the year from debut, I hope seven members will create a nice stage in the future.

But the youngest member Soyur has been suspended from the reasons due to the panic disorder, after that there is no big hit CRAYON POP. Recently Soyur married former H.O.T. Moon Hee Jun, and became a topic again. Attention is gaining attention also in the future course of CRAYON POP.

The three-person girls group Ladies’ Code debuted in March 2013. Members are Ashley, Sojon, Juni from the left of the photo. Originally Ladies’ Code who made a debut as a five-person group, but lost the member lycée and unbecause due to a traffic accident occurred on September 3, 2014.

In addition, Seojong also suffered a serious injury in facial fracture due to the accident, but recovered at the end of the operation, Ashley and Juni were miraculously minor injuries. Three people who received great damage both physically and mentally in the accident paused their activities, and in 2016 they revived as newborn Ladies’ Code.

Ladies’ Code which overcomes painful events and is active while supporting with three members. Lycee and uncle will also be watching over three people.

The 6-person girls group who debuted in August 2015 APRIL. Members are Jinsol, Chekyung, Jena, Noun, Rachel, Chewong from the left in the photo. It is a group known as the sister of KARA and it is the youngest group with the lowest average age among girls group currently active in Korea.

In addition to having the meaning of “a woman only to love” with the coined word “A” representing the highest grade and “PRIL” representing the lovely woman, the group name seems to have meaning to deliver warm music as in April is.

At the time of debut, APRIL was a member of junior high school students, but this year also the youngest child member jin sol will be a high school student. Let’s focus on APRIL, which is growing increasingly proficient and growing.

The six-person girl group HELLOVENUS who debuted in May 2012. Members are Yu Young, Lime, Jolm, Alice, So Young, Nara from the left. The group name says that “HELLO” is attached to “VENUS” representing the goddess to add familiarity.

It was originally a group that was born in a joint project between Fantagio of Korea’s entertainment office and Predis, but the joint project ended in 2014. Two members belonging to Predis have withdrawn, added two people from Fantagio, and became an idol group belonging to Fantagio.

It is a charming group that combines cuteness, beauty and sexyness.

Gugudan, who has just made his debut yet, is gaining popularity, including Sejong, Mina, who was active as a member of the Project Girls Group I.O.I. Especially Sejong announced the solo song “Flower Road” and also won the first place in the music program.

Gugudan has announced that it will release a new song at the end of this month. It will be increasingly popular from now.

13-person girls group girls who debuted in February 2016. Members are Daewon, Unso, EXY, Soni, Yonjeong from the middle left, Sonra, Bona, Sonso, Migi, Sbin from the left, Ulm, Daeyong and Ruda. It is the group with the most members among the girls group currently active in Korea.

The formation dance which is perfect for 13 members full of personality is a masterpiece.

Introduce the member profile and height of the universe girl (WJSN) in order of popularity!

4 people girls group who debuted in 2006 BROWN EYED GIRLS. Members are Narsha, Gain, Jare, Milo from the left in the photo. BROWN EYED GIRLS, which is celebrating its 11th anniversary this year, is the longest active group in the girls group currently active in Korea, and it is the group that has been active for the longest membership since the debut period .

BROWN EYED GIRLS has created numerous hit songs that are unique in 11 years and can only be shown to them. I would like the club to continue activities as a group while treating each activity.